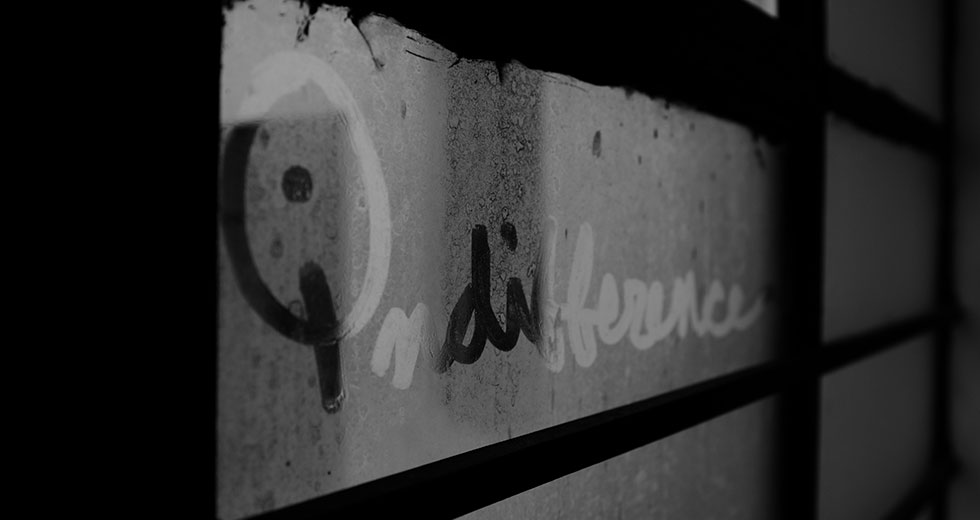 Begotten of fate and groomed by obsession, Indifference is a publication platform created to display the invigorating and earnest art of a talented new breed of artists unknown. Though its focus lies within the words, bleeding freely from and upon the full spectrum of art, the vision of Indifference is not locked to one single medium. The written, the spoken, the performed, the captured, the recorded, intertwine like the lost paths of the souls of destiny. The lived, the learnt, the suffered, the bled, the discovered, the seen, heard, read, resonate in dull perpetual hum through both the process of expression and the final product of it.

Having equally fervent roots in both literature and music and a particular understanding and interpretation of the way they can and do connect and interrelate, as they have throughout time, Indifference intends to freshly accentuate the connection with a juxtaposition of the two in the space of the present, with the aim of steering but some of the frantic young attention more widely received in this urgent age by just music towards the raw, unseen, unheard, honest and innovative modern literature of today, of our today.

With the frighteningly rapid advancement of technology in our times, experiencing art, or what is sold as art, has become too easy, too instant, too timeless and mindless. If we are going to lose our minds, we may as well lose them in something real. Wherever this world may be going, not all of us need go with it.

“Everything that happens, when it has significance, is in the nature of a contradiction.” – Henry Miller