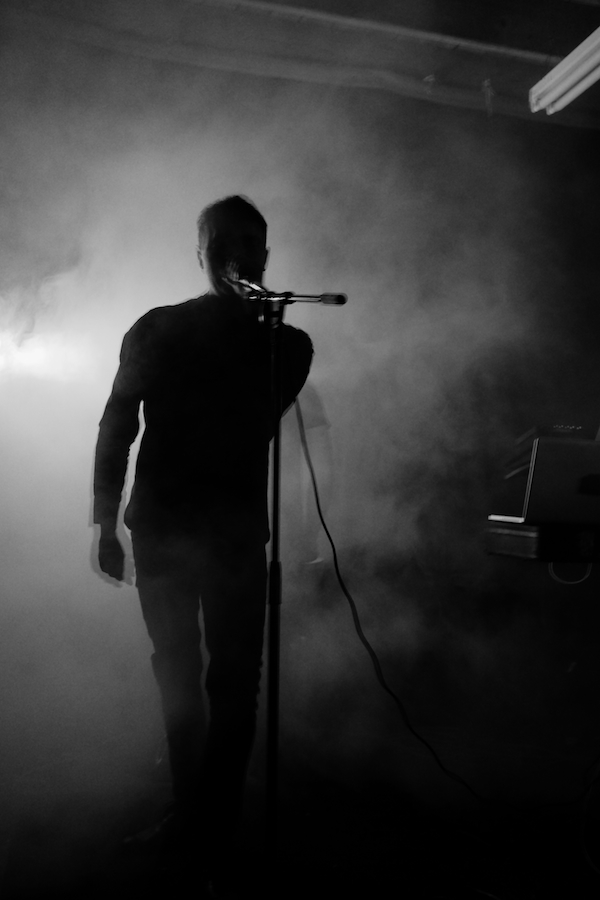 This image was taken during a rare Sandra Electronics gig in L.A. on November 9th 2013. The story behind how Jonny White ended up at this gig is a long one, and one he will surely relay in his own way one day… but he was there… and he captured this moment in all its post-punk glory within this photograph.

The image soon found its way on to Karl O’Connor’s Downwards blog: ‘The Black Freighter‘, and from there was used by Juno Plus in a review of the Sandra Electronics cassette ‘SESSIONS’ (released on Minimal Wave Records in 2014), along with on the Minimal Wave website itself. Later, it also appeared in print as part of a multi-page feature on Regis in ‘GROOVE’ Magazine, Germany.

A very limited amount of prints of this piece will be available for parchase exclusively from Indifference around mid 2015.